On May 14, 1948 the nation of Israel was reborn—after 2000-plus years. It took David Ben-Gurion only 16 minutes to read The Declaration of the Establishment of the State of Israel completed by the Minhelet ha’Am (People’s Administration) just an hour earlier. (1) 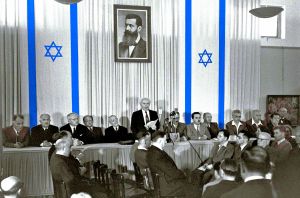 Normally, nations are created through the flow of processes over the course of time. Was the rebirth of Israel an anomaly; just a coincidence; a fluke of modern history?

Astute Christians turned to the Bible to gain perspective. The news about Israel still draws us to re-examine prophetic passages:

ISAIAH 66:8-9
“Who has heard such a thing? Who has seen such things? Shall the earth be made to give birth in one day? Or shall a nation be born at once? For as soon as Zion was in labor, she gave birth to her children. ‘Shall I bring to the time of birth, and not cause delivery?’ says the Lord. ‘Shall I who cause delivery shut up the womb?’ says your God.”

We can almost hear the astonishment in the prophet Isaiah’s voice as he posed a series of rhetorical questions.

  Who has heard such a thing?

  Who has seen such things?

  Shall the earth be made to give birth in one day?

Predating Israel’s modern rebirth by more than 2600 years, Isaiah’s queries demand a logical explanation. No; no one has heard or seen such a thing. Nations are not born in a day. Nations cannot be birthed at once.

Nevertheless, the rebirth of the nation that Isaiah foretold would be reborn spontaneously—miraculously—supernaturally.

Leaving no doubt as to the identity of the nation, Isaiah prophesied, “For as soon as Zion was in labor, she gave birth to her children” (v. 8). His prophecy is defined in terms that theologians often reference as the “prophetic perfect tense,” a literary form that describes a future event with certainty—stated as though already fulfilled.

Isaiah’s prophecy wasn’t a proposal; it was a guarantee of future fulfillment.

The prophet Ezekiel described the same event some 200 years later (Ezek. 37:1-14). Transported to a desert valley full of dry bones, God asked him, “can these bones live?” (v. 3). Spontaneously, the bones joined one to the other with flesh covering them before Ezekiel’s eyes. In a matter of moments, the valley was no longer heaped with bones, but with fully-formed bodies. 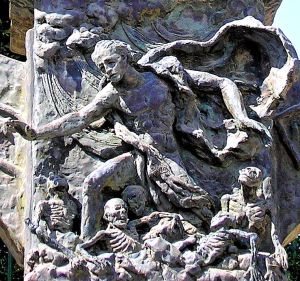 A second command from God filled the bodies with life. Now, a great army of living and breathing people stood before Ezekiel in the vision. Earlier in his prophecy, Ezekiel assured,

Today, we are witnesses of the reality Ezekiel foresaw in his vision of the Valley of Dry Bones. The land whose inhabitants had been scattered around the globe was repopulated in fulfillment of Isaiah’s and Ezekiel’s prophesies.

The spontaneity of the nation’s rebirth, however, is only part of the story. Isaiah’s prophecy continued,

“Shall I bring to the time of birth, and not cause delivery?” says the Lord. “Shall I who cause delivery shut up the womb?” says your God (v. 9).

In these statements, God communicated the certainty of the rebirth of Israel. God doesn’t start a process without bringing it to fulfillment (Isa. 55:10-11).

It is ridiculous to imagine God would arrange all the preliminary details for Israel’s restoration and then, not expect it to take place.

The rebirth of the nation in 1948 happened so abruptly, the world almost seems to have been caught by surprise. Most watching the situation unfolding in 1948 didn’t think Israel could survive the birthing process.

As the British army withdrew from the newly formed State of Israel on May 15, 1948, the armies of five hostile neighboring states simultaneously attacked the fledgling nation. Less than a year later and to the astonishment of the entire world, Israel emerged from the war of survival victorious.

On February 24, 1949, Egypt signed armistice agreements with Israel followed by Lebanon on March 23; Jordan on April 3; and Syria on July 20. Although removing its troops from the conflict, Iraq refused to accept the U.N. Security Council resolution and signed no armistice agreement. The State of Israel was admitted to the United Nations on May 11, 1949.

Miraculously, in the first year of Israel’s existence despite a precarious future, the population of the newly formed state almost doubled.

For the past 68 years, Israel’s children continue to return. With a mere 600,000 living in Israel in 1948, over 6 million Jewish people now inhabit the land. Hosea prophesied,

The rise of targeted anti-Semitic terrorism over the past two years triggered yet another surge in those making aliyah (a return) to the land of Israel. In 2015, more than 30,000 new immigrants arrived to settle in Israel from countries across the globe.

The re-population of the modern State of Israel is indeed miraculous, but not without precedent. Isaiah’s prophecy as is often the case in prophetic declarations has both a short and long-term fulfillment.

At the time Isaiah prophesied, both Israel and Judah were in exile. The Assyrians took the ten northern tribes of Israel into captivity in 722 B.C. relocating them to cities of the Assyrian Empire (2 Ki. 17:5–6). After a decade of harassing Judah and taking captives, the Babylonians destroyed Jerusalem in 586 B.C. and took the remaining populations of the land into captivity (2 Chr. 36:20). The Babylonians subsequently scattered the Jewish exiles throughout the Babylonian Empire.

In the short term, Isaiah’s prophecy referred to the historically documented return of the exiles from all the tribes of Israel to the land of Judah following the Babylonian captivity (2 Ki. 25:21; 2 Chr. 34:6–9; Ezra 1; Lk. 2:36).

After Cyrus’ decree permitting right-of-return to Jerusalem for Jewish exiles some 70 years later, almost 50,000 made their way back to the land of their forefathers. (3) The children of Israel repopulated their homeland at that time fulfilling the short-term aspect of the prophecy.

Although astonishing to Israel’s enemies, God had prearranged the outcome. In the Land-Grant (Deuteronomic) Covenant, God promised that Israel could be removed from the land due to disobedience; they would, however, never lose their right of ownership.

God guaranteed that He would always bring the descendants of Abraham, Isaac and Jacob back to their own land (Dt. 30:1–20).

The spontaneous rebirth and miraculous regathering of ancient Israel in modern times are precursors of the moment Messiah will supernaturally call Israel back to the land.

Just as He did following the Babylonian Captivity, God is currently moving His Chosen People home out of the present Diaspora. Isaiah’s prophecy finds ultimate fulfillment in the regathering of Israel in connection with the launch of the Messianic Kingdom.

This literal end-times scenario is rooted in the Davidic Covenant. God’s covenant promising David a perpetual dynasty, an everlasting kingdom and an eternal throne is definitively fulfilled in the person of Messiah (2 Sam. 7:1–16).

According to the Land-Grant Covenant, God’s Chosen People, regardless of their location, will be brought back en masse to the land of Israel (Deut. 30:1-20).

Whenever you see the flag of the modern State of Israel, remind yourself that it symbolizes a message of hope not just for the reborn nation, but for the whole world. It is an aide-mémorie that God is still in control. 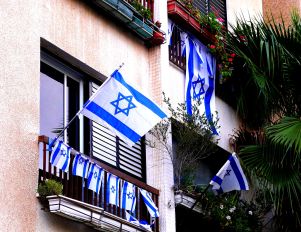 Today, take time to thank God that His plans for Israel and the world will not fail. Then, use the opportunities God gives you to counter misinformation undermining Israel’s right to sovereignty, security and peace in their own land.

The reborn nation is a vibrant reminder that God has not reneged on His promises to Israel! Israel is God’s baby—birthed spontaneously, miraculously and supernaturally! (4)

CONNECT with Charles via the Contact Form under ABOUT.

ENDNOTES:
1) A month before the scheduled British Mandate ended, a temporary 37-member legislative body known as Mo’etzet ha’Am (People’s Council) was formed by the Yishuv (the administrative body representing the Jewish people in the land prior to declaration of statehood). Out of this representative body, the 13-member cabinet, Minhelet ha’Am (People’s Administration), was convened on May 12, 1948 to determine whether to declare independence. Voting in favor six to four, the State of Israel was declared on May 14, 1948. All the members of the Mo’etzet ha’Am signed the declaration.
2) Forman, Abra, “AS 2015 DRAWS TO A CLOSE, ISRAEL CELEBRATES RECORD-BREAKING ALIYAH NUMBERS, Breaking Israel News, December 29, 2015.
3) The Babylonian Empire was conquered by the Medo-Persian Empire in 536 b.c.; and, by the edict of Cyrus in the first year of his reign, Jewish exiles were permitted to return to Judah (Ezra 1:1)
4) No individual or people group—no matter how determined—can thwart God’s plans for Israel or His ability to bless the world through His Chosen People. 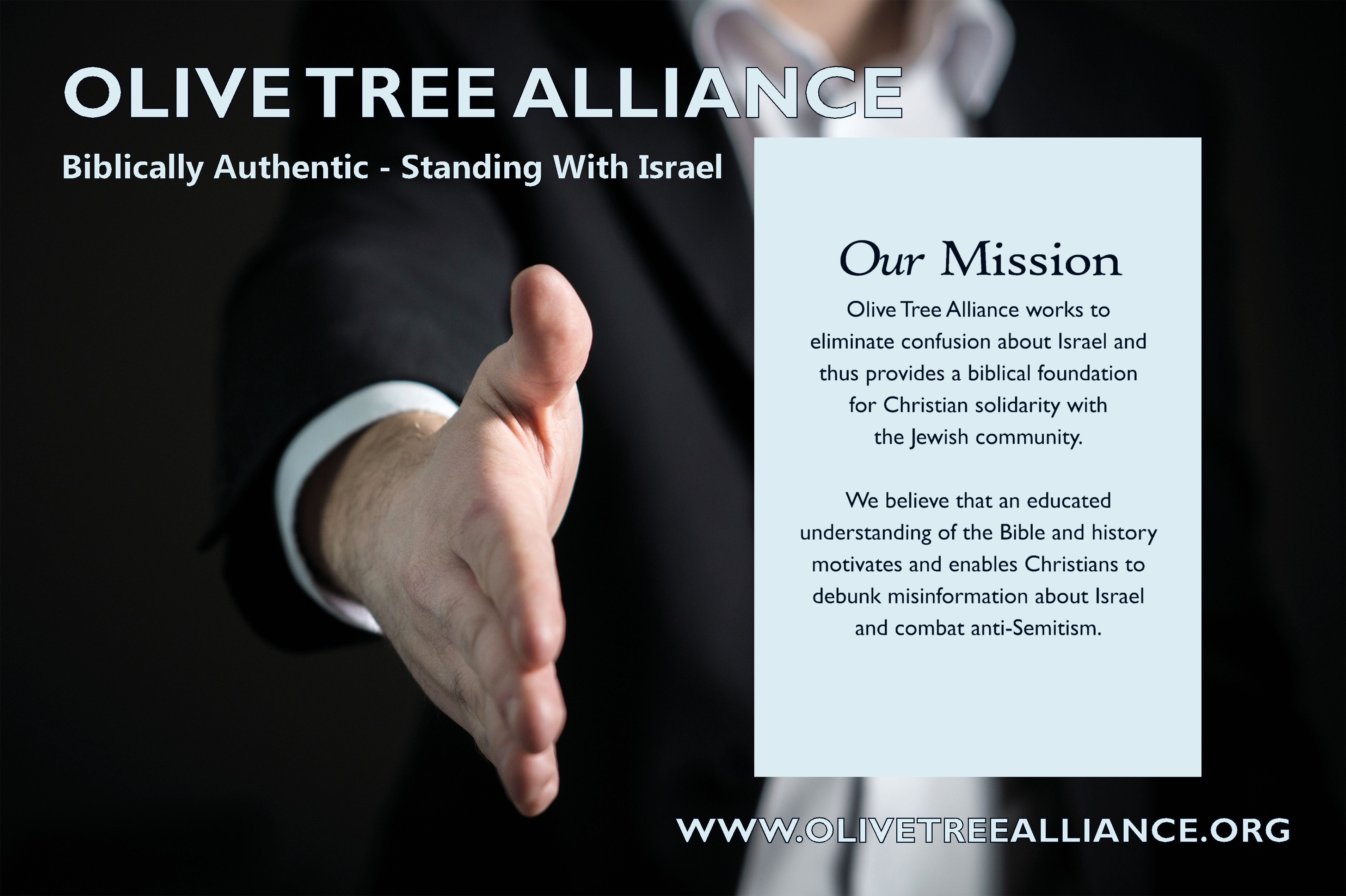 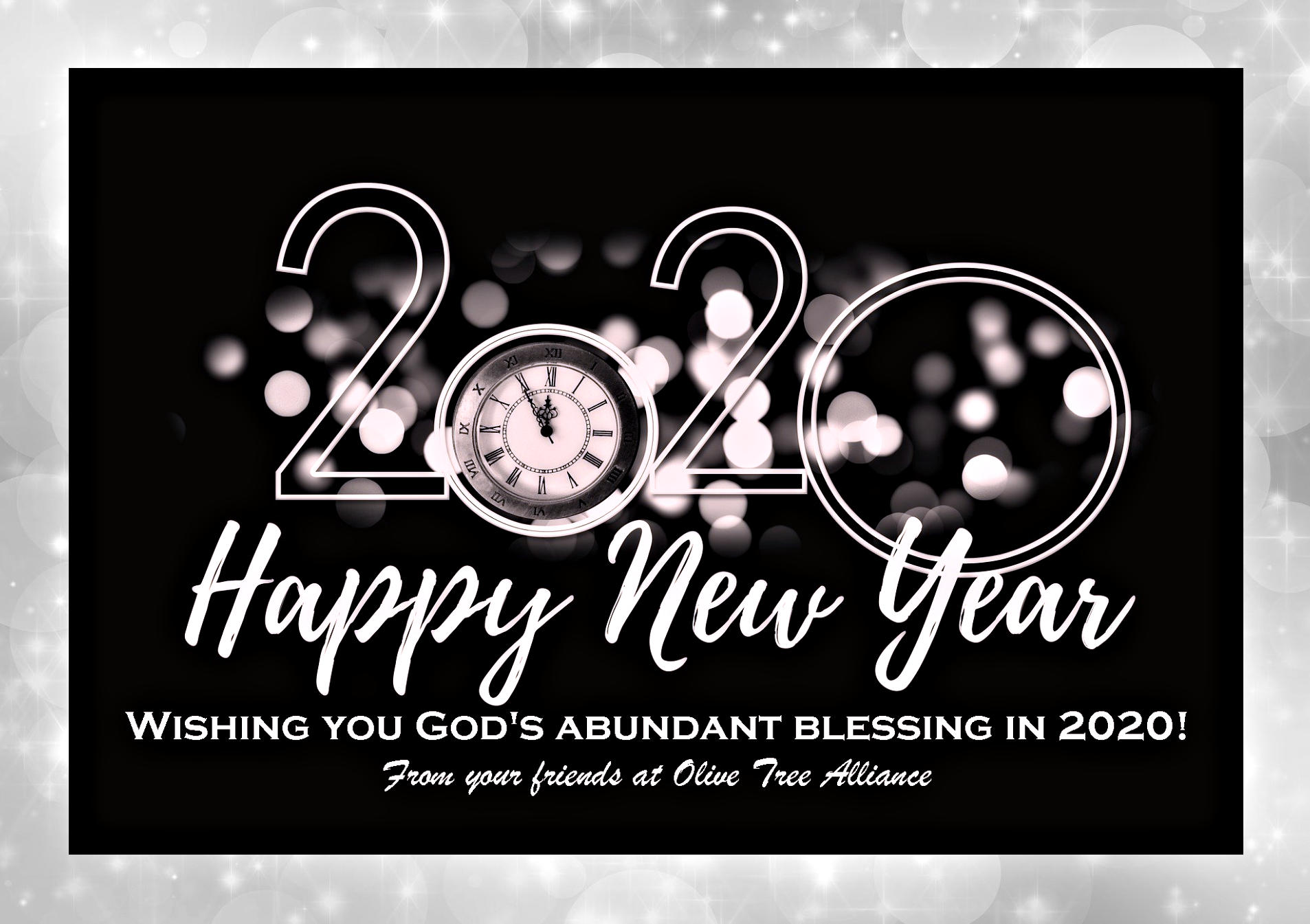 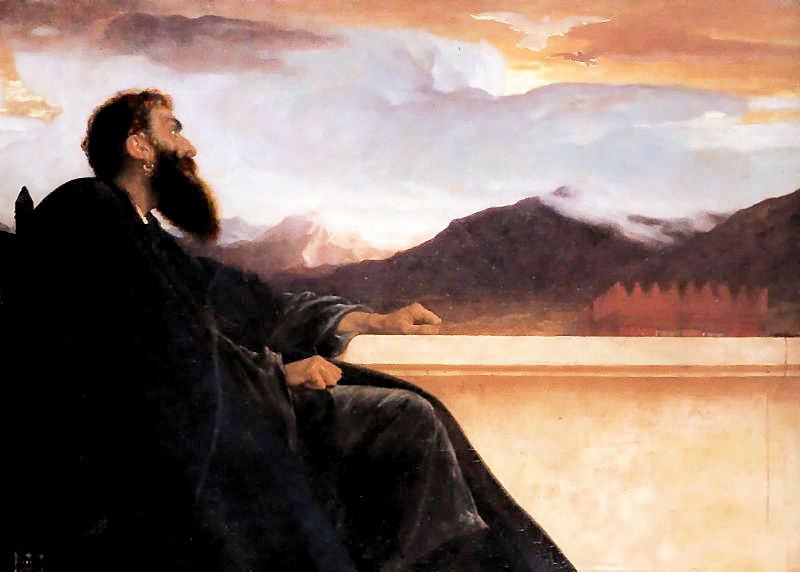 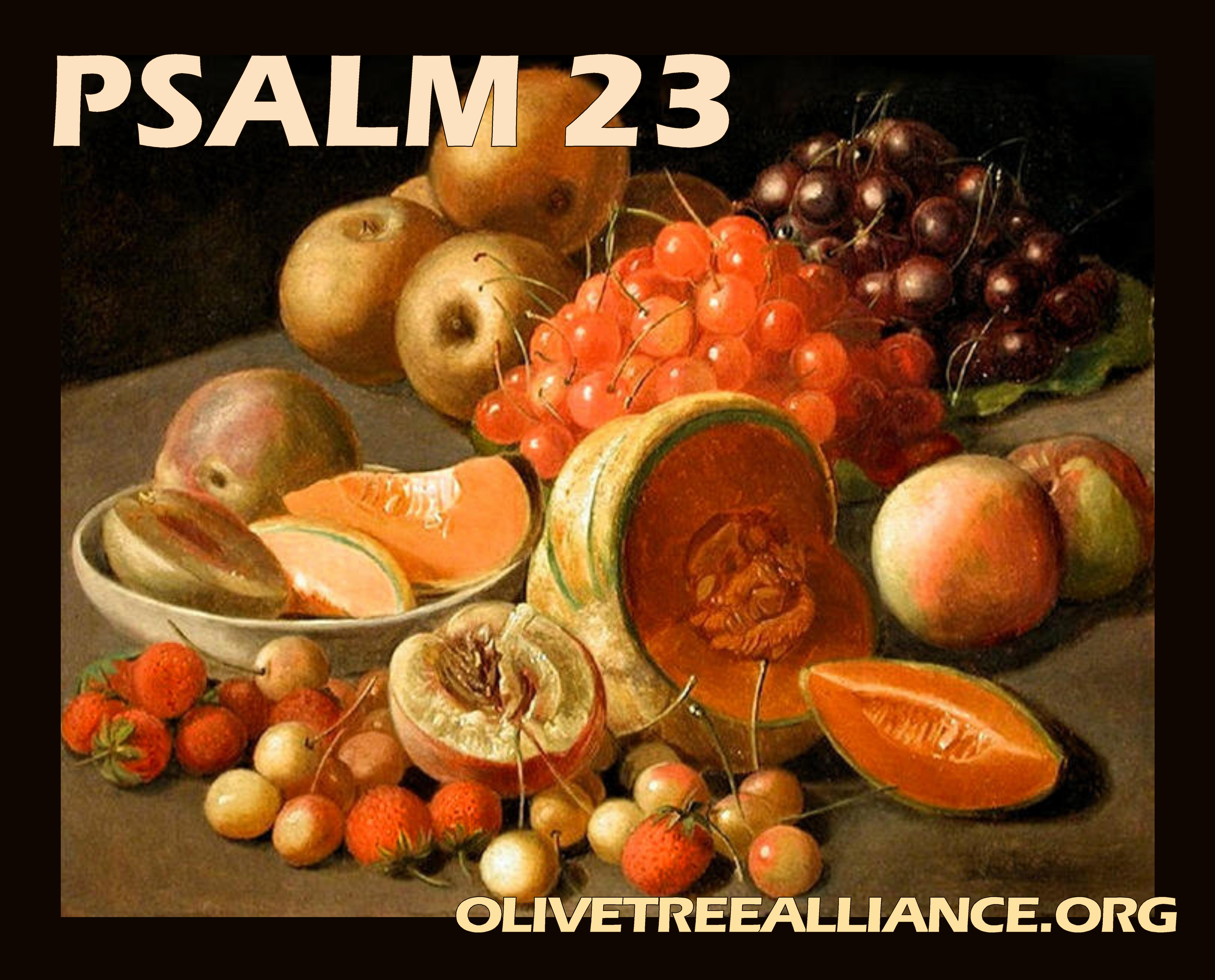 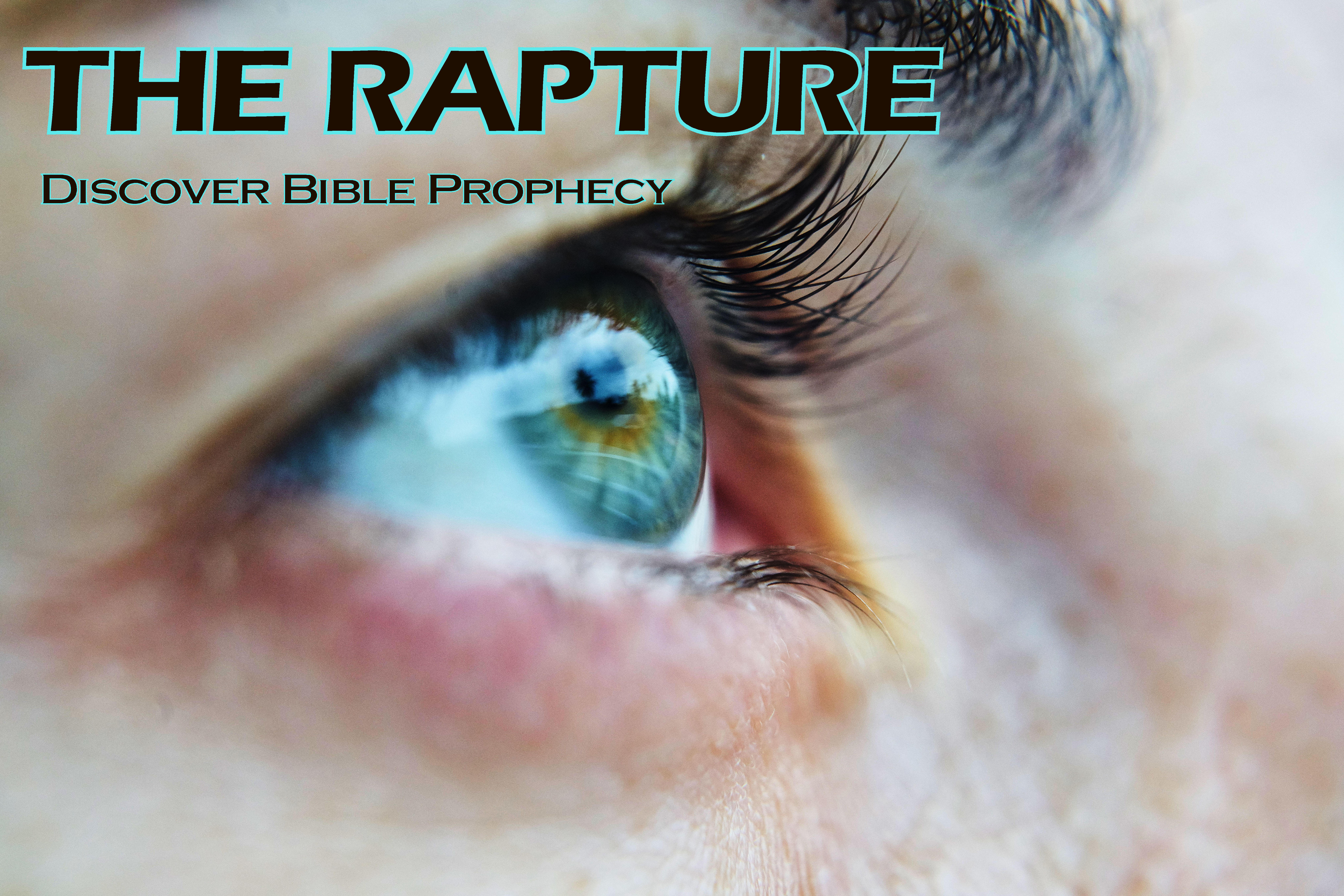